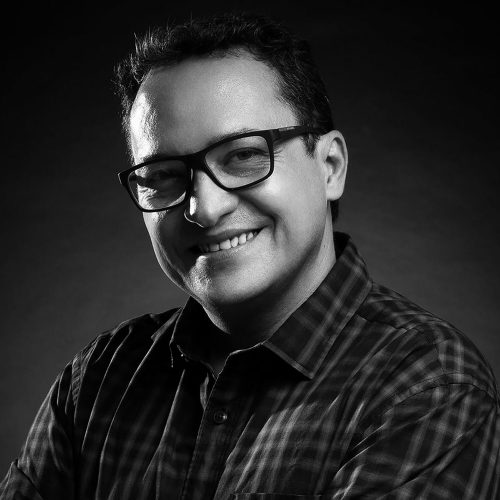 Jackson Carvalho is a contemporary artist born in 1968 in the Northeast of Brazil, having studied photography in several educational centers, among them the International Center of Photography (ICP), New York, IIF – International Institute of Photography, São Paulo and Future London Academy , In London. He holds more than 160 international awards .In his work, Jackson Carvalho unites with balance and creativity works of art centered on fusions and manipulations of traditional images taking the viewer to a universe of dreams, fantasies, dramas beyond his own personal emotive load, resulting in images that are a mixture of Beauty, absurdity, and chaos, with refinements of a dark atmosphere and metaphorical intelligence. Jackson’s images are composed of an improved light domain technique and refined post-production. Jackson Carvalho has already exhibited internationally in the USA, Europe and Brazil, having most notably participated in the exhibitions “Metamorphosis”, in Saphira & Ventura Gallery, São Paulo 2017 and in THE ART OF NUDE PHOTOGRAPHY – Hartlauer Foto Galerie in Linz, Austria, 2016 Gold Medal at the Trierenberg Super Circuit, World Photography Oscar in Linz, Austria in 2014, 2016, 2017 and 2018, Gold Medal at Graphis Annual Photography, New York 2016 and 10 Gold Medals at PX3 – Prix Of Photography – Paris 2015. In 2016 Jackson was selected as Photographer of the Year – Gold by One Eyeland in the category Fine Art Architecture. His work has already been published in several international directories such as: – Trieremberg Super Circuit – Luxury Edition in 2014, 2015 and 2016, 2017 e 2018. Graphis Annual Photography 2016 and Visions 1X9, among others.

In his photography, Jackson Carvalho covers several topics such as Wildlife, Landscapes, Fine Arts and Cityscape, always with a very peculiar perspective and a creative streak in his compositions and chromatic approach and a black and white marked by high levels of contrast. In his conceptual works, Jackson directs his models for strong and dramatic expressions associated with creativity contained in the topics under which deals with his photographic art. Jackson Carvalho is living today in Toronto.

Subscribe to our Newsletter to receive exclusivities from our artists